The Murder Of Roger Ackroyd

Type: Paper Back, Language: English, About the book: Roger Ackroyd knew too much. He knew that the woman he loved had poisoned her brutal first husband. He suspected also that someone had been blackmailing her. Now, tragically, came the news that she had taken her own life with a drug overdose. But the evening post brought Roger one last fatal scrap of information. Unfortunately, before he could finish the letter, he was stabbed to death.

The Killings At The Kingfisher Hill

Type: Paper Back, Language: English, About the book: Hercule Poirot is travelling by luxury passenger coach from London to the exclusive Kingfisher Hill estate, where Richard Devonport has summoned him to prove that his fiancee, Helen, is innocent of the murder of his brother, Frank. But there is a strange condition attached to this request. Poirot must conceal his true reason for being there. The coach is forced to stop when a distressed woman demands to get off, insisting that if she stays in her seat, she will be murdered. Although the rest of the journey passes without anyone being harmed, Poirots curiosity is aroused, and his fears are later confirmed when a body is discovered with a macabre note attached. Could this new murder and the peculiar incident on the coach be clues to solving the mystery of who killed Frank Devonport. And if Helen is innocent, can Poirot find the true culprit in time to save her from the gallows.

Murder On The Orient Express

Type: Paper Back, Language: English, About the book: Just after midnight, a snowdrift stops the Orient Express in its tracks. The luxurious train is surprisingly full for the time of the year, but by the morning it is one passenger fewer. An American tycoon lies dead in his compartment, stabbed a dozen times, his door locked from the inside. Isolated and with a killer in their midst, detective Hercule Poirot must identify the murderer in case he or she decides to strike again.

Type: Paper Back, Language: English, About the book: When her grandmother learned of Ashimas pregnancy, she was particularly thrilled at the prospect of naming the familys first sahib. And so Ashima and Ashoke have agreed to put off the decision of what to name the baby until a letter comes. For now, the label on his hospital cot reads simply Baby Boy Ganguli. But as time passes and still no letter arrives from India, American bureaucracy takes over and demands that baby boy Ganguli be given a name. In a panic, his father decides to nickname him Gogol after his favourite writer. Brought up as an Indian in suburban America, Gogol Ganguli soon finds himself itching to cast off his awkward name, just as he longs to leave behind the inherited values of his Bengali parents. And so he sets off on his own path through life, a path strewn with conflicting loyalties, love and loss. Spanning three decades and crossing continents, Jhumpa Lahiri's much anticipated first novel is a triumph of humane story telling. Elegant, subtle and moving, The Namesake is for everyone who loved the clarity, sympathy and grace of Lahiris Pulitzer Prize winning debut story collection, Interpreter of Maladies.

Type: Paper Back, Language: English, About the book: Eleanor Oliphant has learned how to survive but not how to live. Eleanor Oliphant leads a simple life. She wears the same clothes to work every day, eats the same meal deal for lunch every day and buys the same two bottles of vodka to drink every weekend. Eleanor Oliphant is happy. Nothing is missing from her carefully timetabled life. Except, sometimes, everything. One simple act of kindness is about to shatter the walls Eleanor has built around herself. Now she must learn how to navigate the world that everyone else seems to take for granted while searching for the courage to face the dark corners shes avoided all her life. Change can be good. Change can be bad. But surely any change is better than fine.

The One And Only Ivan

Type: Paper Back, Language: English, About the book: This Ivan is an easy going gorilla who has spent his life performing for the crowds at the Exit eight shopping mall. He rarely misses life in the jungle. In fact, he hardly thinks about it at all. But everything changes when a baby elephant called Ruby arrives and Ivan realises he must find a new life for them both. Told from Ivan perspective, this is a stand out novel with a pertinent message.

The One And Only Bob

Type: Paper Back, Language: English, About the book: Bob sets out on a dangerous journey in search of his long lost sister with the help of his two best friends, Ivan and Ruby. As a hurricane approaches and time is running out, Bob finds courage he never knew he had and learns the true meaning of friendship and family. Bob, Ivan and Ruby have touched the hearts of millions of readers, and their story isnt over yet. Catch up with these beloved friends before the star studded film adaptation of The One and Only Ivan hits cinemas in August 2020.

The Lord Of The Rings

Type: Paper Back, Language: English, About the book: Because my questions made Amir uncomfortable, he pronounced talaq just like that on the wife who had abandoned everything for him because his religion gives him that privilege. 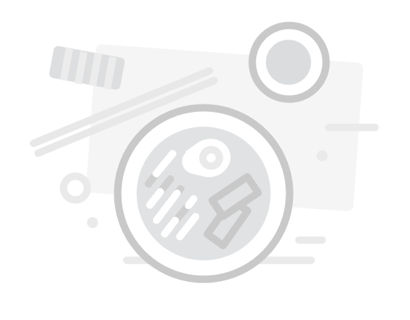