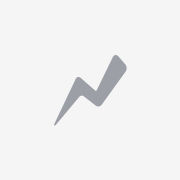 Whisper Ultra Choice Sanitary Extra Large are high-quality napkins that are designed to give you optimum protection against leakages during those days of the month. Designed keeping in mind the active lifestyle of women these days, these pads provide staining protection in a far superior way than ordinary. These are specifically woven sanitary napkins that provide almost ten times better protect against wetness than usual non-woven sanitary pads.

I Can Pregnancy Test Device

In keraglo ad shampoo, aloe vera exhibits its healing properties by treating flaking and itchy scalp, thereby resolving the scalp inflammation that is caused by dandruff. it also acts by penetrating through the hair follicles and improves the damaged and dry hair.d-panthenol is a provitamin of b5. the drug acts by repairing and reducing the roughness of the hair, thereby nourishing and moisturizing the hair scalp. also, it penetrates through the skin and reduces the itching and inflammation caused by dandruff. ichthyol pale is an anti-dandruff agent, which protects the hair scalp by reducing the itching and irritation caused due to dandruff. thus, it controls dandruff and protects the hair. ketoconazole belongs to the class of drugs called azole anti-fungal drugs. the drug acts by inhibiting the transformation of yeast to mycelial forms, thereby stopping the action of yeast and fungi from causing an infection.

All Out Ultra Refill

A To Z Ns Tablet

Fast effective relief from the pain of heartburn and indigestion.

I-win 100 is an antifungal which is used to treat a variety of infections caused by fungi in lungs, mouth, and throat. take this capsule with food for better absorption.

Lulifin Cream is used in the treatment of fungal skin infections.